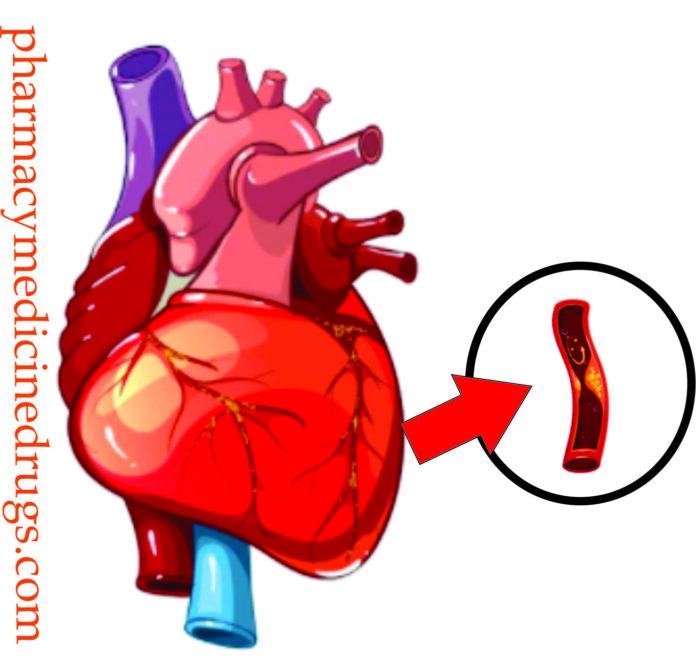 Ischaemic heart disease (IHD) is defined as ‘acute or chronic form of a cardiac disability
arising from imbalance between the myocardial supply and demand of oxygenated blood’.
The alternate term coronary artery disease (CAD) is used synonymously with IHD. Depending on the rate and severity of coronary artery narrowing and the myocardial response, one of four syndromes may develop.

Symptomatic ischemic heart disease is typically associated with a critical stenosis, defined as a 75% or greater reduction in the lumen of one or more coronary arteries by atherosclerotic plaque. With this level of fixed obstruction, the augmented coronary
blood follow that may occur as a result of compensatory coronary vasodilation is
insufficient to meet even moderate increase in myocardial oxygen demand. In addition to chronic, fixed atherosclerotic plaques, various superimposed lesions also play an
important role in the development of myocardial ischemia. These include —

The process other than atherosclerosis or its complications may compromise blood flow through the coronary arteries such as vasospasm, coronary artery stenosis, inflammation of coronary arteries, thrombotic disease, trauma, aneurysms and compression etc. In addition to factors that compromise coronary blood flow, increased myocardial demand may also contribute the development of myocardial ischemia. This may occur with left ventricular myocardial hypertrophy, as well as other conditions that place an increased demand on the heart such as hypertension and diseases of the heart valves.

Endocrine System What Is It ? & Its Functions With Labelled Diagram