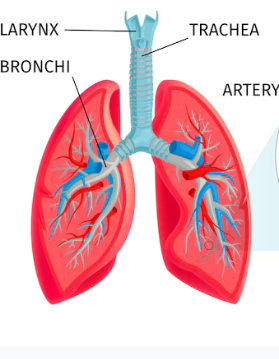 The symptoms and signs of respiratory failure are not specific. Rather, they depend
on what is causing the failure and on the patient’s condition before it developed.

It includes history of duration of fever, cough and sputum. Other signs include open mouth respiration, sweating, clicking of tongue etc. Headache, confusion and impaired consciousness may result from high levels of carbon dioxide. Cyanosis may result from low level of oxygen.

Arterial blood gas analysis: A test using blood from an artery in wrist can measure oxygen level. A low level of oxygen or a high level of carbon dioxide in the blood (or both) is a possible sign of respiratory failure. Other types of blood tests can check for signs of infection or anemia.

Spirometry: It is useful in the evaluation of chronic respiratory failure.

Heart tests: The signs and symptoms of respiratory failure are similar to those of
certain heart problems.

Echocardiography: If a cardiac cause of acute respiratory failure is suspected.

Pulmonary function tests: These tests are useful in the evaluation of chronic respiratory failure.

ECG: To evaluate a cardiovascular cause; it may also detect dysrhythmias resulting from severe hypoxaemia or acidosis.

Right heart catheterization: It should be considered if there is uncertainty about
cardiac function, adequacy of volume replacement, and systemic oxygen delivery.

Chest X-ray: A chest X-ray can reveal, which parts of lungs have fluid in them and whether heart is enlarged.

Computerized tomography (CT): CT scans can provide detailed information about the structures within the heart and lungs.